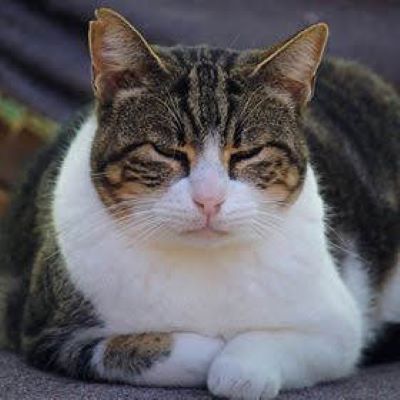 Conans corner Uncategorized
April 17, 2021April 17, 2021 Sam Weller 0 Comments
Please share me:
Welcome back dear readers.  Apologies this column is slightly late, Sam has been in the UK seeing her mum (I know – who could possibly be more important than me, but apparently, she is …).  I’ve had to dictate this over the phone which is hard when you have no thumbs.  Sam says she’s sending back something for the shelter – she then laughed in, what I can only call, an evil manner.  Watch this space.
Firstly, as I’m sure you were all wondering, Blondie’s application for sharing the cushion was successful and she’s now in situ.  She’s a lovely neat little cat who doesn’t take up that much room.  We also have a new arrival in the shape of Billy, a big tabby tom.  He’s in the next garden being interrogated by Gypsy.
We’ve had other new entrants – Carla and her 6 kittens, two kittens around 6-7 weeks and three only a couple of days old!  Naturally they have gone to foster care until they’re ready for rehoming.  Come on people, what is it with you all?  If you don’t want your cat to have kittens, spay and neuter!! How many times do I have to tell you all??  Nobody wants to be left near bins – what if nobody had found them??  It doesn’t bear thinking about.
Well readers, I must tell you – before she blatantly deserted me, Sam finally bought me the cat nip sticks she’d been going on about.  I was fully prepared to ignore her paltry offering actually but the smell was quite enticing.  And then, I don’t know quite what came over me, I had to rub myself and roll all over the stick.  It was quite unbecoming behaviour for a cat of my calibre but I just couldn’t help it, it was like I was possessed!  The others were watching me as if I had gone mad – and I have to say I felt a bit on the cusp of madness dear readers, what can I say?  That stuff is hard core.
Finally, some interesting facts about me as obviously you’re all agog to know more.
Full name – Conan Cat
Age – 11
Favourite things – eating, sleeping, imparting wisdom, cat nip and being devastatingly handsome
Least Favourite things – being touched, loud noises, too many people, dogs, meals being late, rain, the vet
Favourite film – The Lion King (a natural tale of cat supremacy)
Favourite song – Love Cats by The Cure
Strengths – Superiority
Weaknesses – As if !!
Dreams for the future – more people to join Teaming, homes found for Jon and Traci’s cats, lifetime supply of nip and world domination.
Until next time lovely people – love and paws, Conan x 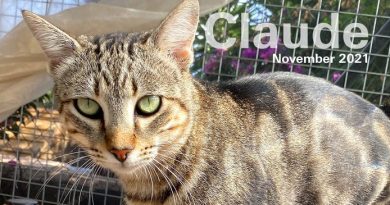 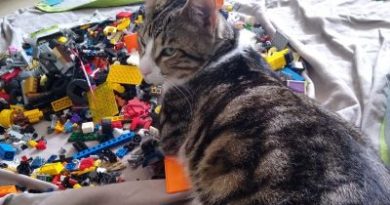 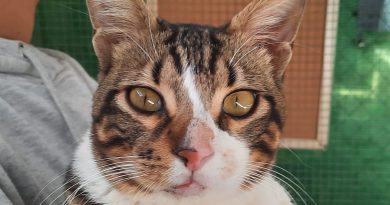