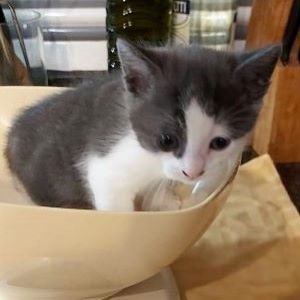 When we go to the cat shelter or look at the website or social media and see all the pretty kitties, it is easy to fall in love immediately.  You imagine you will take your new cat home and, as soon as you release it from the transporter, it will jump, purring into your arms and you will both live happily ever after.  That may be exactly the case sometimes but, more often than not, the reality is not quite like that.

It is not unusual for a cat who seemed comfortable in the shelter to come into its new home with you and immediately disappear under the nearest piece of furniture and stay there for hours, or sometimes even days. Providing that they are taking food and water, this is not usually an issue and just allows them to come to terms with their new environment. But for a few cats this may be indicative of a more deep seated problem.

Cats are individuals.  Like humans, they have their own innate personalities, characters, and preferences which are the result of a mixture of genetics and life experience.  How trusting a cat is of people is highly dependent upon them being handled and becoming familiar with humans at an early age.  If that window of opportunity is missed when they are a kitten, it is very difficult, and often impossible to fully tame the cat later.  But a cat’s trust of people can be also be broken by a bad previous experience.

When a cat is handed into APROP by its owner, for whatever reason, we have the opportunity to ask about its background and character.  All too frequently though, cats are just left at APROP anonymously or are brought in by a member of the public who has found them wandering or on the outskirts of a feral colony.

Sometimes it is obvious that the cat has been a household pet previously when it is positively responsive to humans and even actively seeks out interaction.  But many cats are so traumatised by whatever has happened to them before they arrived at APROP that they are frightened, nervous, aggressive and even shut down.  The volunteers have to decide whether the cat’s behaviour is because they are feral, have learned to distrust humans because of their experience, are aggressive because of injury, ill health or fear, or are just completely disorientated and scared because they have been moved from their normal situation to the shelter.  It is not always obvious which of those apply.  A vet review is important to determine whether the cat is healthy.  After that, time will help.  Once the cat acclimatises to its new surroundings it is easier to start assessing its character, but it is not always straightforward.

Some cats find it impossible to accept life in the shelter.  If a cat is feral, it will struggle and will probably continue to hide most or all of the time during the day and will show fear and aggression to humans.  In these cases, the kindest thing we can do is to introduce the cat to a feral colony where it will be much happier.  But a few non-feral cats also find it impossible to settle in the shelter.  This can result in anti-social behaviour, such as not toileting in the appropriate places, not grooming properly, not eating properly, hiding or aggression.  This is harder to resolve.  Again, time and gentle perseverance will sometimes do the trick and the cat will eventually relax and start to show trust.  There is no way of knowing how long this will take.  It might be a few days, weeks or even months. Finding a foster home where they can receive individual care and attention in a home environment may be the best solution for these cats.

Some years ago I adopted a cat from a shelter.  I was told that her “sister” had escaped several weeks previously and I was asked to agree that, if she ever showed up, that I would take her in.  Several weeks later she did go back to the shelter and I got a telephone call to come and collect her.  Chloe, as I called her, showed no recognition of her sister and vice versa.  She quickly disappeared under the kitchen table where she pretty much stayed for the next six months, only coming out for food and the litter tray.  When she did eventually decide to venture out she was the most adorable, affectionate cat I have ever known.  She rarely left my lap when I was sitting down indoors, but she would never go outside the house.  Her escape and living rough for a few months had obviously left its long term mark on her.

I have a APROP cat living with me now, Pandora.  She came to APROP as a kitten with her sister, Pipa.  They were fairly old feral kittens when they arrived and, with hindsight, probably didn’t get as much early attention in the shelter as they needed.  Pipa, who is still at APROP, is a little nervous of new people but is fairly sociable.  Pandora, however, became increasingly stressed as she got older and became withdrawn and obviously very unhappy.  So I decided to take her home.  I was confident that she would turn into a friendly, loving, happy cat with me.  She did.  She is happy, she is friendly with my other cats and particularly loves one of them who she follows around all the time.  But she won’t come closer to me than a metre.  I was a little put out at first, probably my pride was hurt.  But when I see her playing with her cat friends or sleeping happily on a chair in the sun, that is its own reward.

So what is my point?  Well the point is that you have to look past the cute fluffy kitty that you see on Facebook or when you walk into the cat shelter and be sure you know what you are letting yourself in for.  Ask a few key questions of the shelter volunteers and also of yourself.  For example: What is the cat’s background?  What is its character?  Did it have any difficulty in settling in the shelter?  How confident and friendly is it to people or other animals?  Does it have any issues that will need addressing? And be honest with yourself…have you got the time, patience and ability to look after a cat that may need some special care for a while?  If not, then move on and ask to see a cat that is confident and easy.  If you do decide to take on a cat with issues, then hopefully you will be rewarded by living with a cat whose life you have changed for the better. The most important thing is to remember that a cat coming from a shelter has probably had a few disappointments in its life, or has never known anything other than the shelter if it arrived as a kitten.  Make sure you give it the time to adapt and don’t expect too much too quickly. 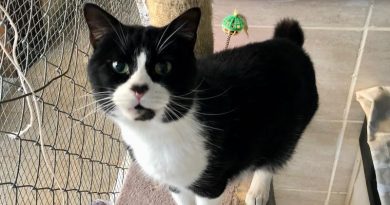 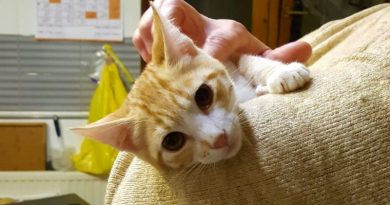 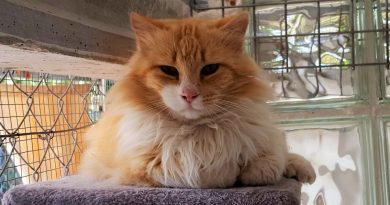