Pluto has been in foster care with his three siblings since he arrived at APROP at the beginning of August as a kitten. He is a handsome, cuddly, young cat who loves everyone. He is a big boy and looks like he may be a gentle giant. He loves to play and has the loudest purr which continues even after he apparently falls asleep.

He is used to living with other cats and big dogs.

Pluto does have a white nose and mostly white ears so ideally care should be taken to protect these from getting too much sun – either by keeping him indoors for part of the day and/or applying sunscreen to his sensitive ears and nose. White cats like him are prone to skin cancer on these areas if over-exposed to sunlight.

Pluto is vaccinated and sterilised and ready to go.

Shorthaired white with black patches on head and black tail 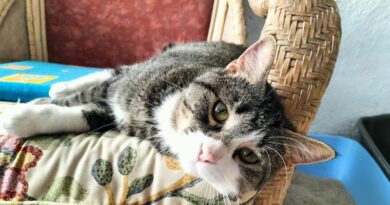 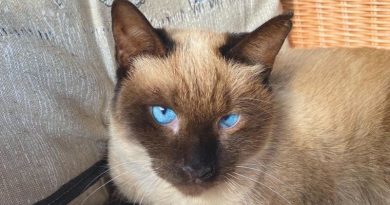 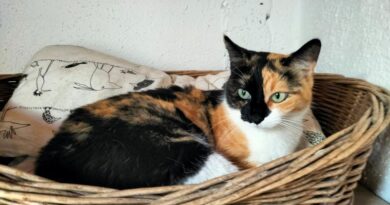