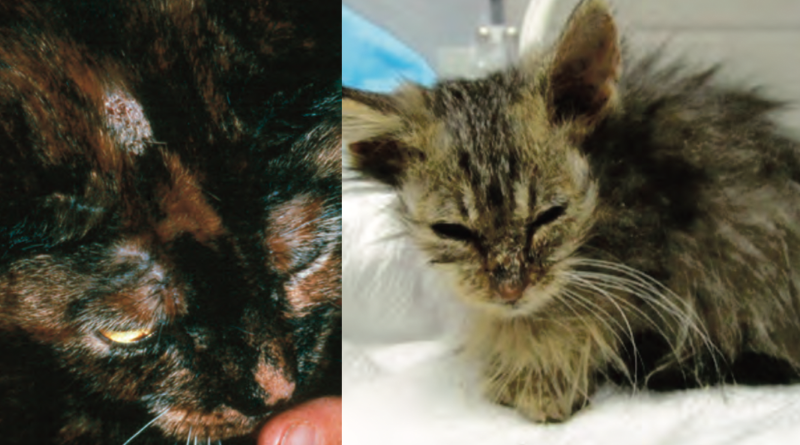 Ringworm or dermatophytosis is an infection caused by a particular type of fungus that has the ability to grow on the skin and use the superficial layers of the skin, hair or nails as a source of nutrition. Collectively the fungi able to do this are termed ‘dermatophytes’.

Although ringworm is a common term used to describe dermatophyte infections, this has nothing to do with worms.

How do cats become infected with ringworm (M canis)?

Dermatophytosis is contagious infection. During infection, thousands or millions of microscopic spores are produced around infected hairs and these are the main source of infection for other animals. Infected hairs and spores are shed into the cat’s environment so other cats may become infected either by direct contact with an infected animal or by exposure to a contaminated environment or object such as grooming tools, clippers or bedding. Spores in the environment can remain infectious for up to two years and are difficult to kill.

Spores will adhere to the skin and this can be the start of a new infection. Although intact skin is quite resistant to infection, any abrasion or damage to the skin will allow infection to develop more readily. Infection is more common in young cats (less than one year old), and in longhaired cats. Younger cats may have poorer natural skin defences and a less well developed immune response and it is possible that long-haired cats groom less efficiently so trapping of spores may be easier and removing of them more difficult.

What are the signs of dermatophyte infections?

The appearance of dermatophyte infections in cats is very variable. Some cats have severe skin disease, while other cats have only very minor lesions or no obvious lesions at all and may look completely normal.

Typical skin lesions are discrete, roughly circular areas of hair loss, particularly on the head, ears or legs. The hairs surrounding affected areas may be broken. The affected skin is often scaly and may look inflamed. However, ringworm can look very similar to many other feline skin diseases, including some of the clinical manifestations of flea allergy dermatitis, and may present as symmetrical alopecia or even feline acne. Some loss of hair is usually involved, but the amount of inflammation, scaling and itchiness (pruritus) is variable.

How is dermatophytosis diagnosed?

The clinical signs may suggest the possibility of dermatophytosis, but further investigations are needed to confirm the diagnosis and to rule out other diseases. Three diagnostic tests are commonly used:

If one cat in a household is diagnosed as having ringworm then all the other animals will need to be examined, even if they seem to be completely unaffected. In most cases all cats in a household will be culture-positive and require treatment. Please note that the absence of dermatophytes on microscopic examination of a skin biopsy does not rule out dermatophytosis.

How is dermatophytosis treated?

Treatment is always advised because although most cases eventually resolve, infected cats are a risk to other cats and also to humans – M canis is an important zoonotic disease as it can be quite easily spread from cats to humans. In addition to treating the dermatophyte infection with anti-fungal drugs, any predisposing causes (such as other skin conditions) should also be managed.

Treatment can be either systemic (anti-fungal tablets or liquids given by mouth) or topical (applied to the skin). In most cases, it is best to use a combination of both systemic and topical therapy as this has the best effect. Topical treatment alone is rarely very effective, and should only be used in very young kittens if there is concern over using systemic drugs. In all other cases, systemic treatment is more important than topical treatment, although the latter can still be very helpful.

Several anti-fungal drugs are available that are usually very effective against dermatophytes although some may be better than others. Systemic therapy usually has to be given for a minimum of 6 weeks. Example include:

Topical therapy can play a very important role in reducing environmental contamination and helping to speed resolution of disease. A variety of preparations are available:

Careful clipping of the hair around infected areas will also be of benefit in helping to make treatment more effective and in reducing environmental contamination with spores.

Decontamination of the environment and objects

Helping to prevent infection of other animals and humans by decontaminating the environment is important. This is much easier if infected cats can be restricted to one easily cleaned room. All areas of the house to which infected animals have had access will require decontamination, but efforts can then be concentrated on the room in which the cat(s) are confined.

Any objects such as collars, baskets, bedding, toys and grooming tools should also be regarded as contaminated and either disinfected or disposed of. Cardboard boxes can be used as temporary disposable beds and these should be disposed of at least once a week.

Decontamination is achieved by a combination of two approaches:

Where dermatophyte infections occur in multicat households, it is probably best and easiest to assume that all the cats are infected and treat them all appropriately. If cats are not already infected, the treatment they are receiving will help prevent infection developing and it is usually an easier way to ensure the infection is eliminated as quickly as possible. 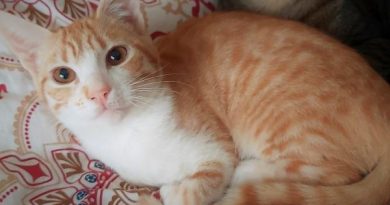 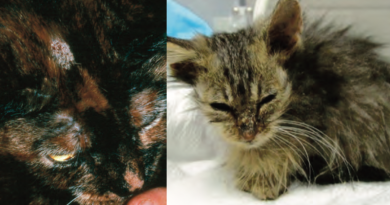 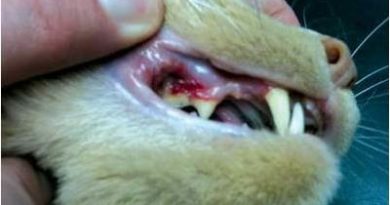